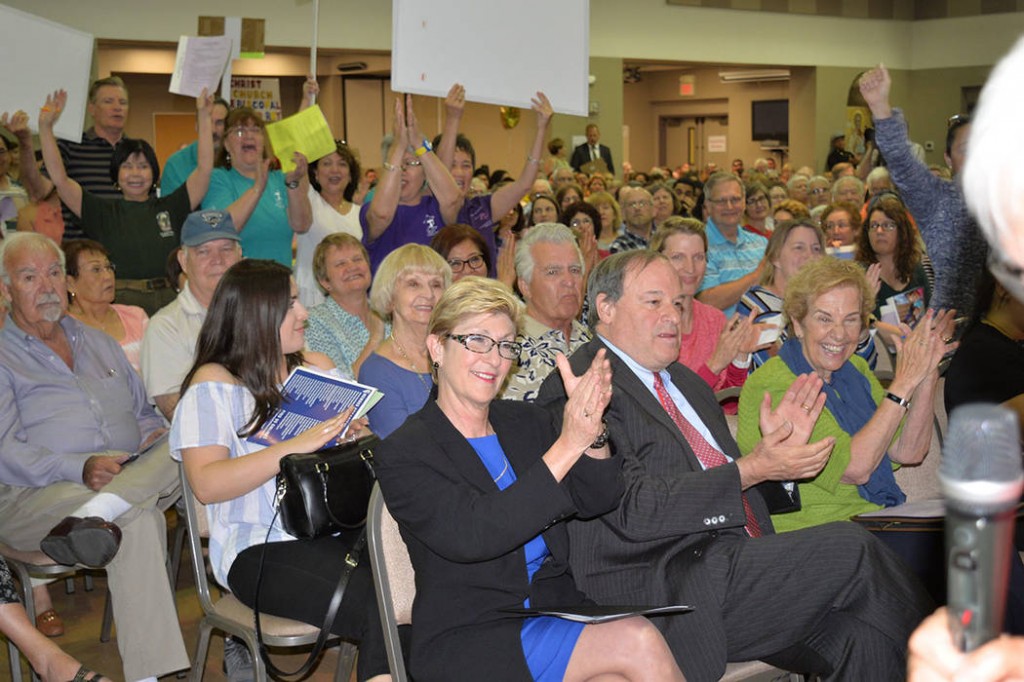 Democratic Clark County Commissioners Chris Giunchigliani and Steve Sisolak, and Republican Treasurer Dan Schwartz participated in the event and -- after listening to stories from leaders about their struggles with education, health care, immigration, transportation and housing -- agreed to work with Nevadans for the Common Good (NCG) on these issues.

Questions included whether candidates would maintain Medicaid expansion if elected, ensure new revenues from marijuana sales taxes and a new room tax would be invested in public education and whether they would work with NCG to improve transit services and affordable housing.

Detailed responses by the candidates were covered by the Nevada Independent (below).